This small, rare butterfly is a UK BAP (Biodiversity Action Plan) Priority Species. Its greatest threat is loss of its heathland habitat. The males have blue upperwings, while the females have bronze upperwings, and both have pale, spotty underwings, usually with a couple of silver spots at the trailing edge of the underwing. The caterpillars eat young heather and have an extraordinary relationship with Lasius black ants, which protect the caterpillars in their nests in exchange for a form of honeydew exuded by the caterpillar.

We have a small colony of Silver-studded Blues on the heathland on our SSSI. This colony was believed to have been lost, but was rediscovered in July 2020. These butterflies only fly around 20-50m from their birthplace during their lifetime, so if their nest-site deteriorates, the colony often struggles to recolonise anywhere else. Thanks to the hard work of the Welly Gardens and Countryside team and pupils, our heathland is managed in such a way that allows Lasius black ants to flourish and young heather to sprout. 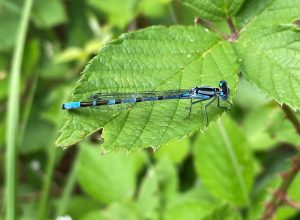 Common Blue Damselflies can be seen throughout the main College grounds, but especially over and around Swan Lake, where they often emerge in their hundreds. 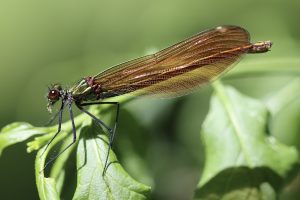 The demoiselles are relatively large damselflies and have a graceful flight like that of a butterfly. They are particularly sensitive to pollution, so their presence here is very encouraging. 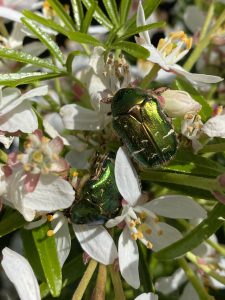 These stunning jewel-like beetles are members of the scarab family. The adults feed on pollen and nectar, and sometimes petals, particularly from roses, hence their name. 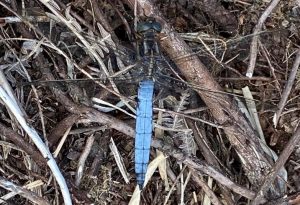 This dragonfly prefers a habitat with water and acid peat, such as our SSSI, where they can be seen on the wing throughout the summer.